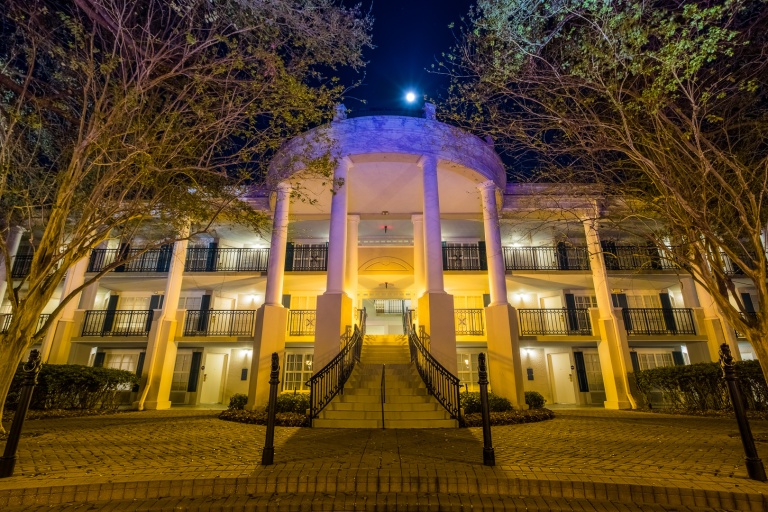 So we’re back from Disney! And from the worst cold I’ve had in years. Yikes, that was a doozy but it stayed away while we were gone and we had an amazing trip.

We’ve typically stayed in the Art of Animation hotel and this year wanted to try something different. Choosing a hotel is fun and a little tricky since I feel it’s a balance. I don’t typically spend as much time in the hotel (it’s basically a place to sleep) but some of the amenities are nice. Art of Animation was good for the suites while the girls were young but nowadays they outlast us! So we switched to Port Orleans Riverside (in a princess room of course). So it was a hotel upgrade to a moderate resort but less money because it wasn’t a suite. So that worked.

At first the size difference of the room was an adjustment. I’ll be honest, the suites spoiled us. Once we got over that though the room was great and we would totally do it again. I think what was really helpful is the area just outside the bathroom has 2 sinks and is surprisingly large. That made sure we weren’t tripping all over each other in the morning.

I’ve had my issues with the bus service in Disney in the past, but I will say this year from Port Orleans it was on point! Never much of a wait and they were rotating nicely, so kudos to whoever is in charge of that.

And finally the resort is just beautiful. This photo is really just the staircase to the other floors but it’s done up with such a nice southern charm. This photo was taken towards the end of the trip and I spent all week telling myself “I need to take some photos here at night” and kept coming back and collapsing so this was the night before we left. So, you know, procrastination.

For anyone interesting this was made with my new Fujifilm XPro2 and Fuji’s 10-24mm wide angle lens on a mefoto travel tripod. It was a 7 exposure HDR done 90% of the way in Lightroom then taken into Photoshop to clone out an exit sign over the stairs that was annoying me and to mask in the moon from one of the originals, and add a little of that glowy feeling with some Photoshop Actions I have been working on.